My horse loves his stable

This photo popped up in my memories from 7 years ago...

I thought my horse was calm and happy because for most of the time he was in his stable, he was stood quietly.

I thought it was really sweet how when I turned up he neighed and called frantically because he was 'happy to see me'.

I used to think he wanted to be in their because he was waiting for me at the gate to 'come into his stable.'

The sad truths are my horse has was not calm and happy, he was shut down. Horse's shutting down is a coping mechanism and is caused by a situation of very high stress. Just because a horse isn't pacing and weaving in a stable it does not mean he's happy, he's coping, because he has too.

He was not neighing because he was happy to see me. Well partly, but only because he sees me as the thing that provides entertainment, food and his way out of there. If he had adequate forage, friends and freedom to move around then he would not neigh frantically at my arrival.

He waited for me at the gate because his field did not provide enough forage, movement or entertainment, either. I kept him in a bare paddock that I strip grazed (moving the fence a smidge every other day). He had his hay in his stable, and with nothing more than small grass shoots available he soon got bored in his paddock and would stand at the gate.

Often horses are mis-read, or we place human values on them which blind our views to what they actually want and need. Sometimes, like me, this is naivety, and we just need to learn. Sometimes people chose to ignore their horses distress for their own selfish reasons. Maybe he was expensive and they don't want him to 'get injured in a field', maybe his owner likes him spotlessly clean maybe he needs to come in when it's cold and have his pjamas on 🙄. Or sometimes it is because we make do with what we've got, and at the moment it is the only way to control a weight issue.

Horses are not designed to live in boxes. Why is it the norm?

Horses are horses and should be treated as such. We should not anthropomorphise and place human values onto them.

We as human beings owe it to all animals to look at how they are designed to live and thrive, and to try and mimic this as closely as possible.

We have taken away their natural habitats and we use them for our benefit.

I sleep easy knowing that for the other 23 hours a day that I am not riding my horse, he has free choice in a safe environment to do as he pleases, surrounded by enrichment, forage, and friends. 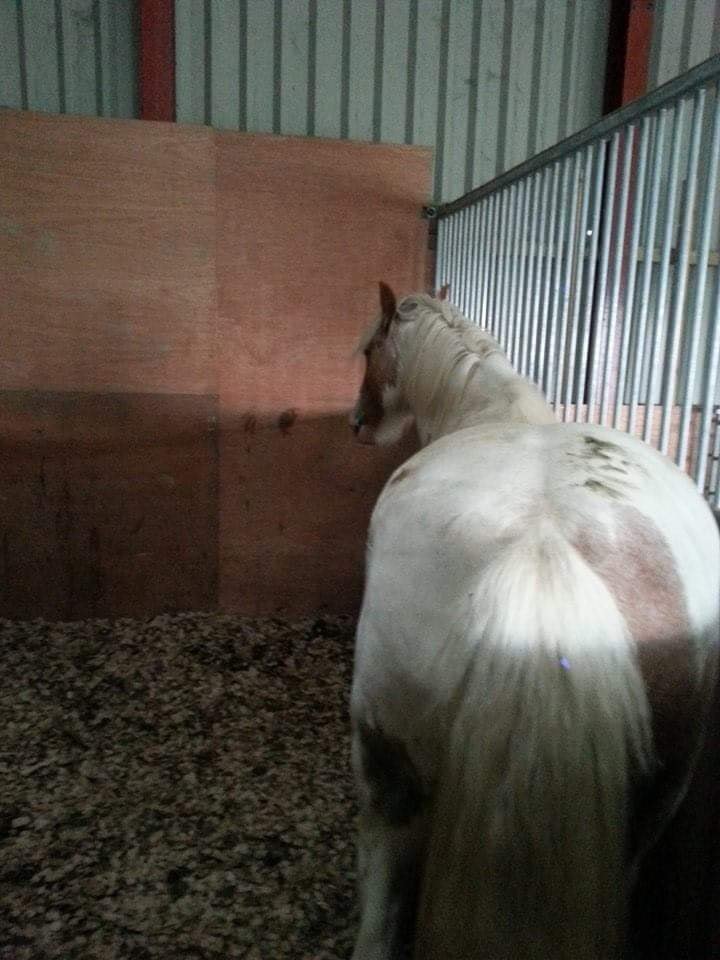