Sorry ponies! This  Aubiose Horse Bedding bed is mine!

Oscar, Saphy and Belle have since come and given it its christening in the form of urine I wonder how clean it will be in the morning...

This area is for whatever the horses choose, which mainly seems to be weeing and the occasional snooze, but that's fine as it keeps the wee contained and neutralised and kills off the smell (as I've been told by happy users of this bedding!). We've been using straw for the past few weeks as I was waiting for the aubiouse to come in stock. Will see how we get on...

We previously had a small bedded up area in the barn requested and run by two previous liveries. Unfortunately it was not managed correctly nor chose the right bedding (wood pellets that although they did soak up the wee it then became hard, smelly and compacted) so it ended up being a very VERY smelly wee and poo pit that was a real labour to muck out and made the barn stink and filled up my muck container. It was also not helped by rainwater getting in occasionally and adding to the wet.

I swiftly removed it after a few months trial and went back to my rubber mats (some EVA some normal). This worked well all summer but come winter when the horses spend much more time in the barn and on the hardstandings (due to their hay being moved up here for winter) they then began to pee on the rubber mats instead of on track. This created wee piles that splashed on me when sweeping and on the horses and their feet, so I spoke to my liveries and we decided to give a bedding area another go. It's actually worked very well with straw and has only taken me 10 mins to muck out every day ( full muck out - during the day I stacked it up on the wall removing all poo and wet, and bedded it down at night) however it's not very absorbent and doesn't completely help with the smell.

I spoke to other track livery yard owners and decided to trial aubiose. The price put me off at first, but it seems that it actually works out cheaper than other beddings due to its absorbant properties meaning you use less, and apparently it gets rid of the smell! Not to mention it seems awfully soft and comfy...It's lovely to imagine the horses using it as a nice bed to sleep in but ultimately soft bedding areas are much more attractive to horses for weeing and I will more than likely continue to find them choosing to sleep in a nice warm pile of mud. This is fine too, as the amonia in urine is not good for hooves or our noses so if they want to use it as a loo, it's good to soak it up.

The plan for next year is to fully waterproof the barn (it's on a slope to the rain runs through the middle of the floor) by diverting the rainwater and then creating a much bigger toilet/ bed! We'll update on how we find the aubiouse, which is currently in a corner of the barn that the rain can't get too. 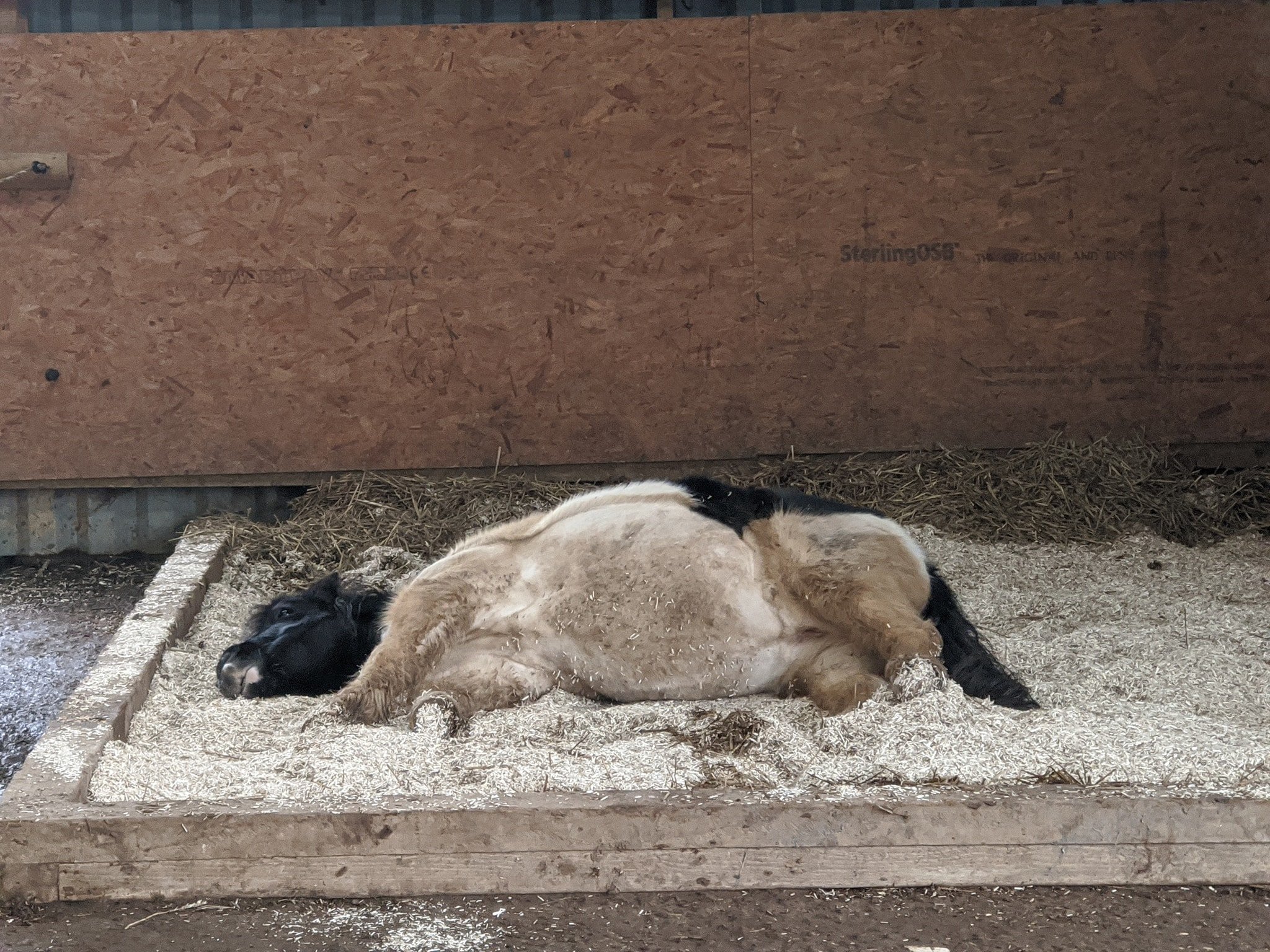