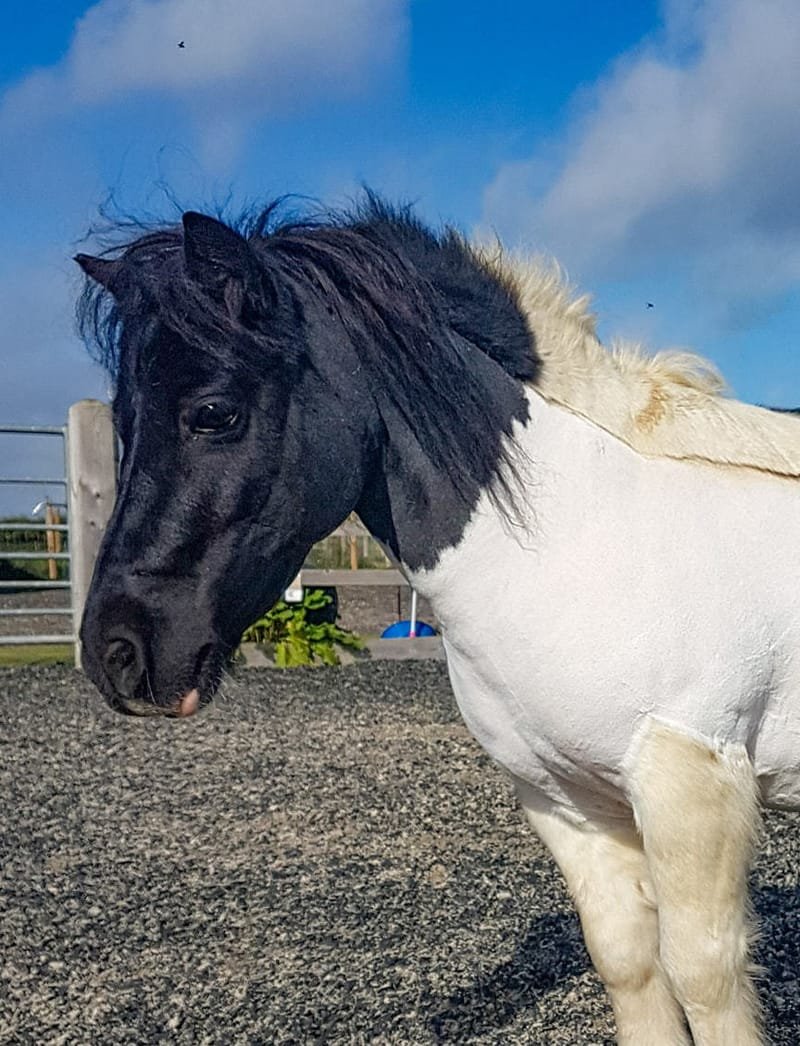 Saphy is a 10 year old 7/8hh miniature shetland mare also known as 'The Sass'. She is one bossy and opinionated little madam and is not afraid to put the other horses in their place by squeeling, stamping and swishing her tail!

She is owned by me, Amy. Despite her child friendly size, Saphy is not very keen on children - she does enjoy being fussed and brushed by them but is not so interested in being ridden.

Her absolute favourite thing in the world is a tummy scratch, and she will cock her leg and sometimes almost fall over! She pulls the best 'oo scratches' face and often tries to groom you back.

She is her own person, and is often found off on her own somewhere on track... causing mischief... or stuffing her face...