What is a Track System? 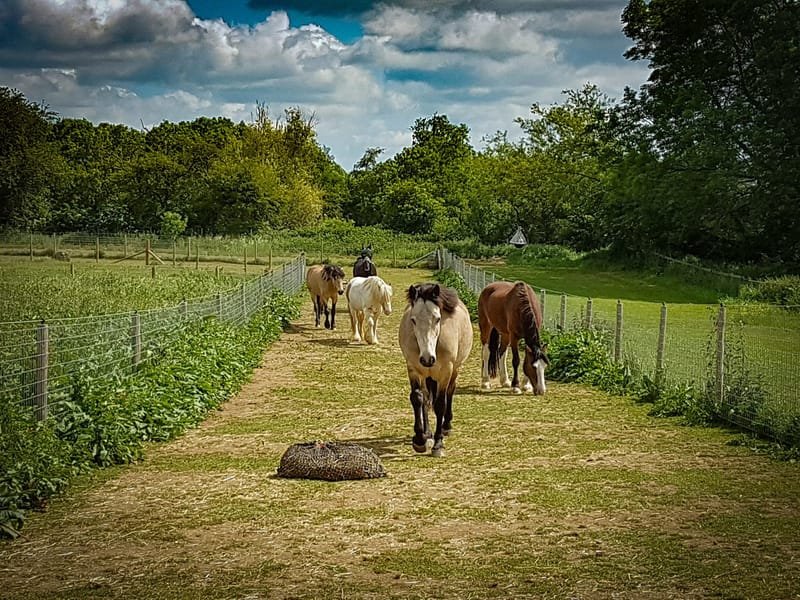 **It has been brought to my attention that the information on this page has been copied and pasted on quite a few different sites. Please note that the following information and write-up is copyright of Abbotts View Livery and if you would like to use it you need ask permission, and to quote/mention us in your post/article/own website. Thank you.**

A track system or 'Paddock Paradise' is an exciting new way of keeping horses that was created by Jaime Jackson, who spent years researching into horses' natural environments and studying how they live in the wild.

Rather than being turned out into paddocks, a track is fenced along the perimeter of the paddock (see image), allowing for restricted grazing and increased movement. 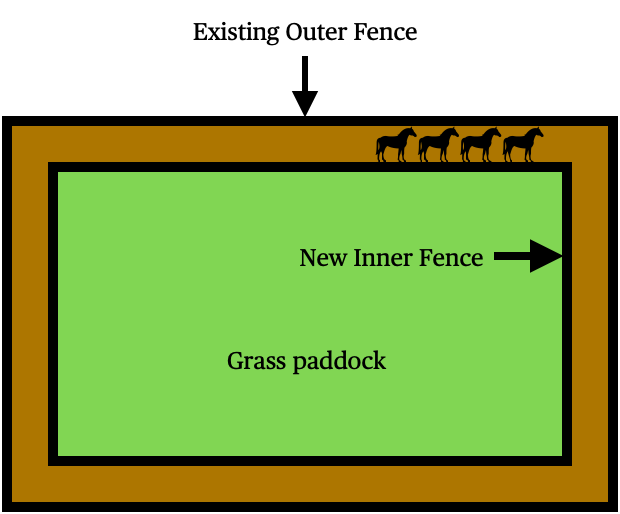 The horses navigate different surfaces which help barefoot horses build up strength in their hooves, and learn to cope with different substrates.

Horses are encouraged to forage as they would naturally and are fed a diet of ad lib meadow hay situated at various feeding stations around the track.

Obstacles mimicking natural borders are also placed around the track, such as mounds, rocks and logs to climb over and scratching posts. Points of interest are created, such as areas of wood chip or sand pits for rolling/sleeping, and salt licks and other foraging opportunities like hedgerows or trees if you have them.

Foraging and increased movement also ensures that horses are stimulated and free from the boredom that they may experience in a traditional paddock or whilst stabled.

A track system is perfect for horses and ponies of all ages, breeds and heights and especially those that are prone to weight gain, laminitis/cushing’s, arthritis, boredom and other diseases and illnesses caused by the high sugar and starch levels found in grass.

"The key to having physically and mentally healthier horses"

In a nut shell, a track system:

How I discovered Track Systems

As anyone will know who has kept miniature ponies or cobs, or any "good doer" they only have to look at the grass to put on weight and managing their grazing at our farm was a constant battle. We tried strip grazing, muzzles, restricted grazing (stabled during the day, out a night etc) and all we ended up with was ponies who learnt to gorge themselves stupid at any given chance and/or who were downright miserable.

Research led me to Paddock Paradise or Track Systems and it made such perfect sense to me that I trialled a small track around an acre paddock.

For the first time I was able to manage their grazing without having miserable ponies. They were still able to practise their natural behaviour: grooming one another and playing whilst having the space to move around and graze at different hay stations to their heart's content. I was happy and so were they.

I then began to learn that the other benefits of track systems were far beyond just helping good-doers and found that because they increase movement and mimic a natural environment, they are beneficial to all horses, whether that be an old retired horse with arthritis who needs movement, or a young excitable horse who was craving stimulation.

And Abbotts View Livery was born!